Opinion: If the coronavirus isn’t contained, a severe global recession is almost certain


Economists try to estimate the impact of a pandemic, but we just don’t know how bad it could get 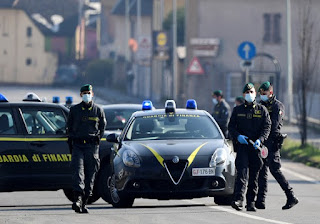 MIGUEL MEDINA/AFP via Getty Images - No virus can get past the Italian Guardia di Finanza!

The world woke up Monday to the reality that the coronavirus epidemic is going to have a much bigger impact on the global economy than investors and policy makers had assumed. Just how big, no one really knows.

Last week, it seemed as if financial markets believed that COVID-19 would be contained. But new cases in Italy, South Korea and Iran over the weekend undermined that belief. The World Health Organization tried to reassure the public on Monday, saying the disease was not yet a pandemic because it was not spreading in an uncontained way.

Investors are just beginning to price in the possibility of a sharp and nasty global recession that would be followed by a rapid rebound once the disease has run its course. Whenever that will be. In the longer run, of course, a pandemic could have more far-reaching effects, including a smaller and less productive workforce and even a reordering of globalization.

A pandemic ‘could produce a short-run impact on the worldwide economy similar in depth and duration to that of an average postwar recession in the United States,’ the CBO found.

We’d like to think that we can know the worst that could happen, but there is still so much that isn’t known about COVID-19, the disease caused by the new coronavirus that emerged in China and now spreading around the world. Most of the economic analysis is based on past pandemics, such as the 1918 global influenza pandemic, and more recent bouts with avian flu, SARS and MERS.

But none of those examples fit the current situation perfectly. For one thing, unlike the flu, no one in the world has any natural immunity to this disease, nor is there a vaccine. The coronavirus is quite contagious, and many more people are likely to get COVID-19 than is assumed in these generic pandemic simulations.

The more recent pandemics weren’t nearly as widespread or deadly as this one seems to be. People who don’t appear to be sick can transmit the virus, making efforts to contain its spread magnitudes more difficult.

For example, the 1918 pandemic didn’t seem to have much impact on global trade or financial markets. Compare that to what we’ve already seen with COVID-19. Here’s what Apple, Procter & Gamble, Walmart and other U.S. companies are saying about the coronavirus outbreak.

That means the economic impact of a global pandemic of these proportions could be much larger than what investors and policy makers have assumed.

Many economists have tried to model the economic consequences of a pandemic. CBO did a study in 2005 and 2006, modeling the impact of a 1918-sized flu pandemic on the economy. They found that a pandemic “could produce a short-run impact on the worldwide economy similar in depth and duration to that of an average postwar recession in the United States.” Specifically, a severe pandemic could reduce U.S. gross domestic product by about 4.5%, followed by a sharp rebound.

The CBO assumed that 90 million people in the U.S. would get sick, and 2 million would die. There would also be demand-side effects, with an 80% decline in the arts and entertainment industries and a 67% decline in transportation. Retail and manufacturing would drop 10%.

The U.S. wasn’t prepared for a flu pandemic then, the CBO said, and it isn’t now.

“If a pandemic were to occur in the near term, the options for the United States would be limited to attempts to control the spread of the virus and judicious use of limited medical facilities, personnel, and supplies,” the bipartisan agency concluded. “In the longer term, more tools are potentially available, including an increased treatment capacity, greater use of vaccines and antiviral drug stockpiles, and possible advances in medical technology.”

Other simulations of the U.S. and non-U.S. economies have found similar economic impacts, although that research came at an earlier stage of globalization, when our economy was not quite so reliant on far-flung supply chains.

Much of the immediate economic impact of a pandemic can be traced to the efforts to contain it, rather than from the effects of the disease itself. As we attempt to quarantine those who might spread the disease, we shut down a lot of economic activity.

The quarantines might be the only way to slow the spread of COVID-19, but they could also hamper our response. Our health-care system also relies on vital inputs for medicines, supplies and equipment produced all over the world, including China and other hard-hit Asian economies. And of course we rely on the free flow of thousands of other goods and services.

The potential for disaster is sobering. The economies of the world are extraordinarily resilient, yet extraordinarily dependent upon each other in a crisis. Sadly, the things we need most to get us through this — wise leadership, global cooperation and clear thinking — are harder to find than a surgical mask.

Posted by chuyencafebuoisang at 4:03 PM 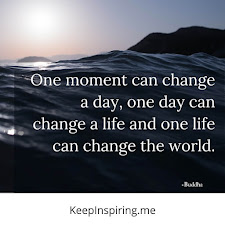